Counting Newts with the Wildlife Trusts

Documenting a Newt Survey (written in 2019)
Great crested newts and the other two species endemic to the UK (the Common and Palmate Newts) have seen dramatic declines in their populations over the last 60 years despite varying degrees of protection under the law. Habitat loss and construction have been major factors in their decline, and it has been reported that Brexit (if it ever happens!) may result in the relaxing of European environmental legislation as the government moves to speed up development projects.
With plans seemingly marching ever-onwards for the proposed new Cambridge to Oxford Expressway, the new East-West rail route and continued planning for the Oxford-Cambridge Arc of some one million houses, there are considerable grounds for concern over the future of the countryside and, therefore the amphibian inhabitants of the region. Newts are also under threat for across the channel (no not Brexit again!). It has been widely reported that a virulent skin virus Batrachochytrium salamandrivorans (or Bsal) has decimated populations of newts and salamanders on the continent. A staggering 99% of fire salamanders in the Netherlands have been wiped out in recent times. The good news is that a study conducted earlier this year by the Zoological Society of London (ZSL) has given the UK population of the all-clear from Bsal but no one in the conservation world is being complacent. Bsal is known to be prevalent in privately-owned amphibians in Europe and many are calling for strict checks and quarantine for imported amphibians.
It was with this backdrop that I joined the Berks, Bucks and Oxon Wildlife Trust (BBOWT) team to undertake an all-important annual newt survey across the region.
The UK has three indigenous species, the Common or Smooth Newt, the Palmate Newt and the largest most protected, the Great Crested Newt. The teams work consists of a technique called “torching” (you guessed it, shinning a powerful torch into a pond at night) and setting of traps. 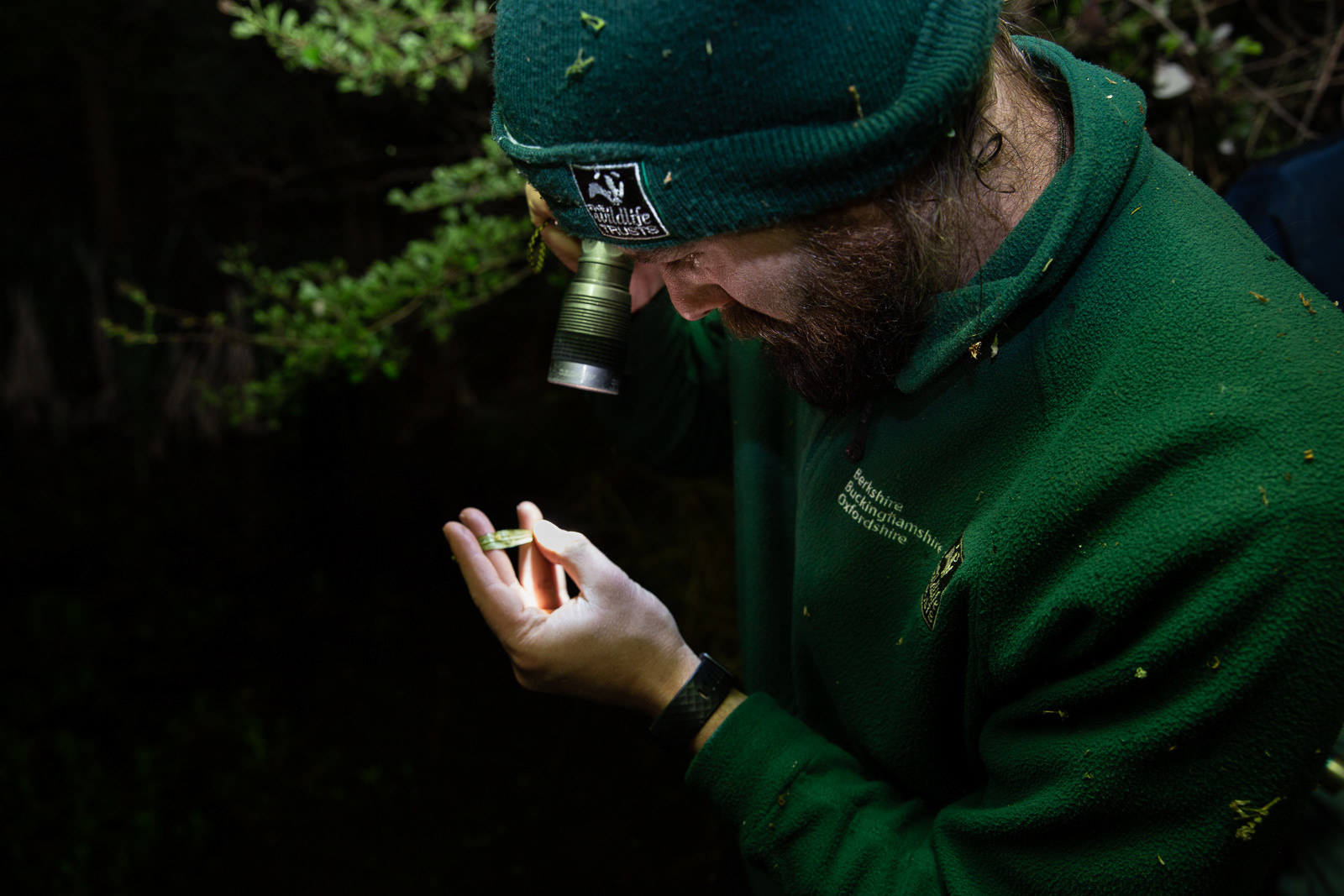 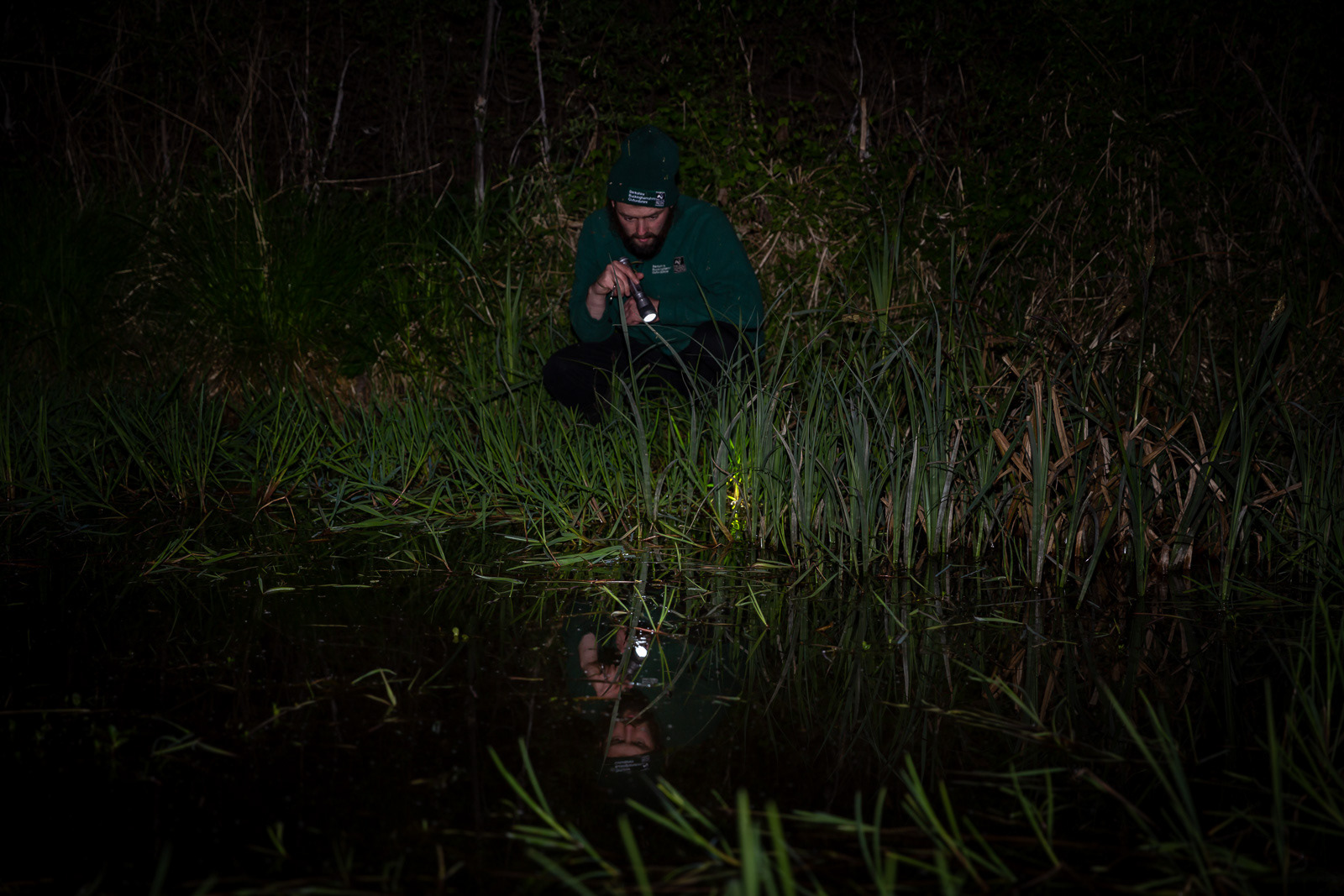 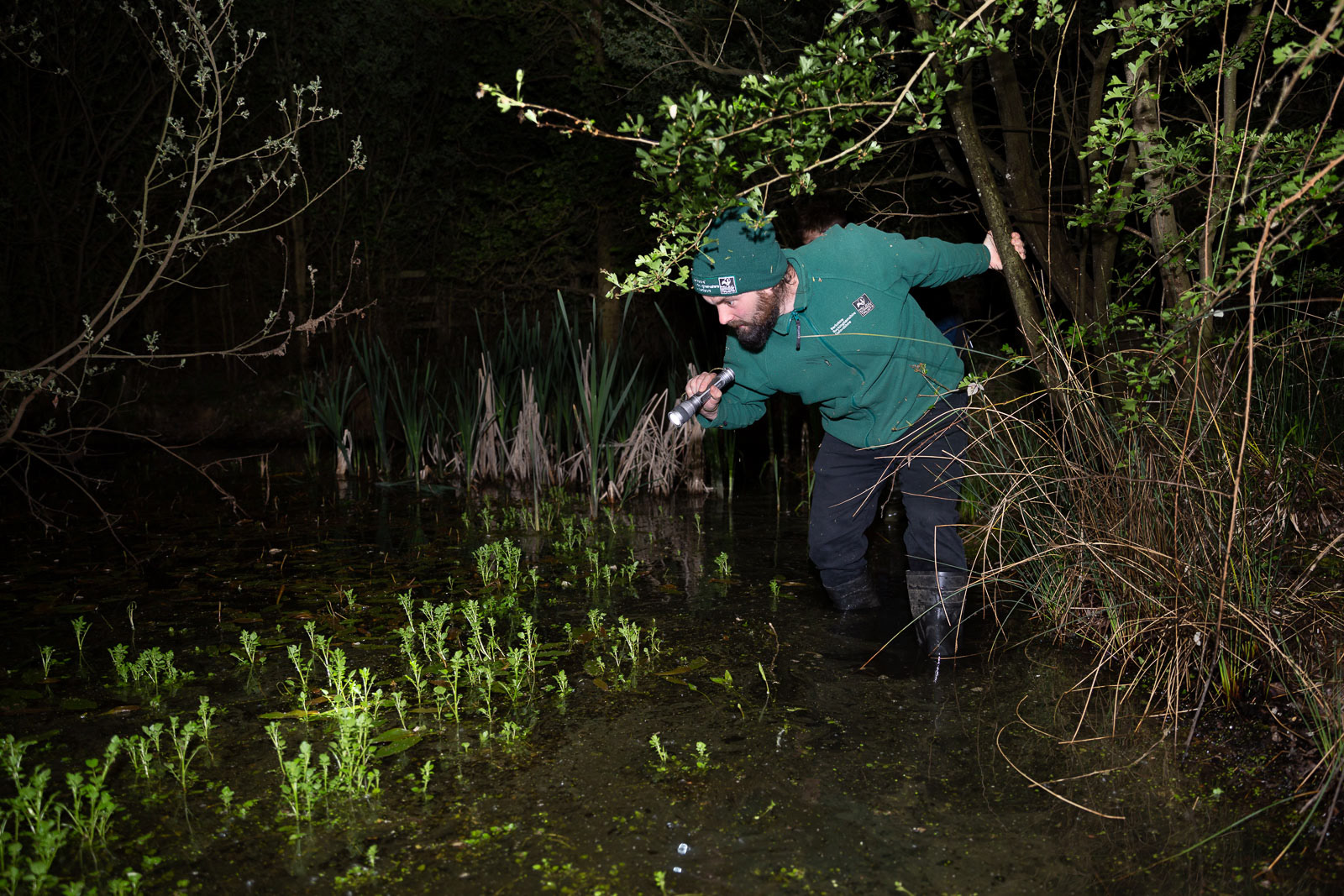 In the case of torching, the team are not only looking for adult newts and juvenile forms but also eggs. All three species of newts deposit their eggs on vegetation in and around the water, wrapping the eggs up in leaves using their hind legs and then “gluing” the fronds together.
Eggs of smooth and palmate newts cannot be distinguished by eye, but they are smaller than great crested newt eggs and are grey or beige when newly laid. Great crested newt eggs are white, sometimes with a tint of green or orange.
Palmate and smooth newt larvae are indistinguishable in the field—but do not have the long toes or spotted tail fins of great crested newt larvae. They typically grow to approximately 3 cm.
Great crested newt larvae have long toes and blotches of dark pigmentation on the tail fins and will often grow to approximately 5 cm. Mature newts can grow as large as 18 cms in length and live for up to 15 yrs.
Juvenile newts have external gills which they lose when they are ready to leave the water. This usually happens in late summer or autumn, although sometimes the juveniles remain as larvae over the winter. When they lose their external gills and leave the water they are commonly referred to as “efts” before they become mature newts. Once on land they live on worms, beetles and other invertebrates, mostly in damp habitats, and hibernate the winter under logs or stones or at the bottom of ponds. 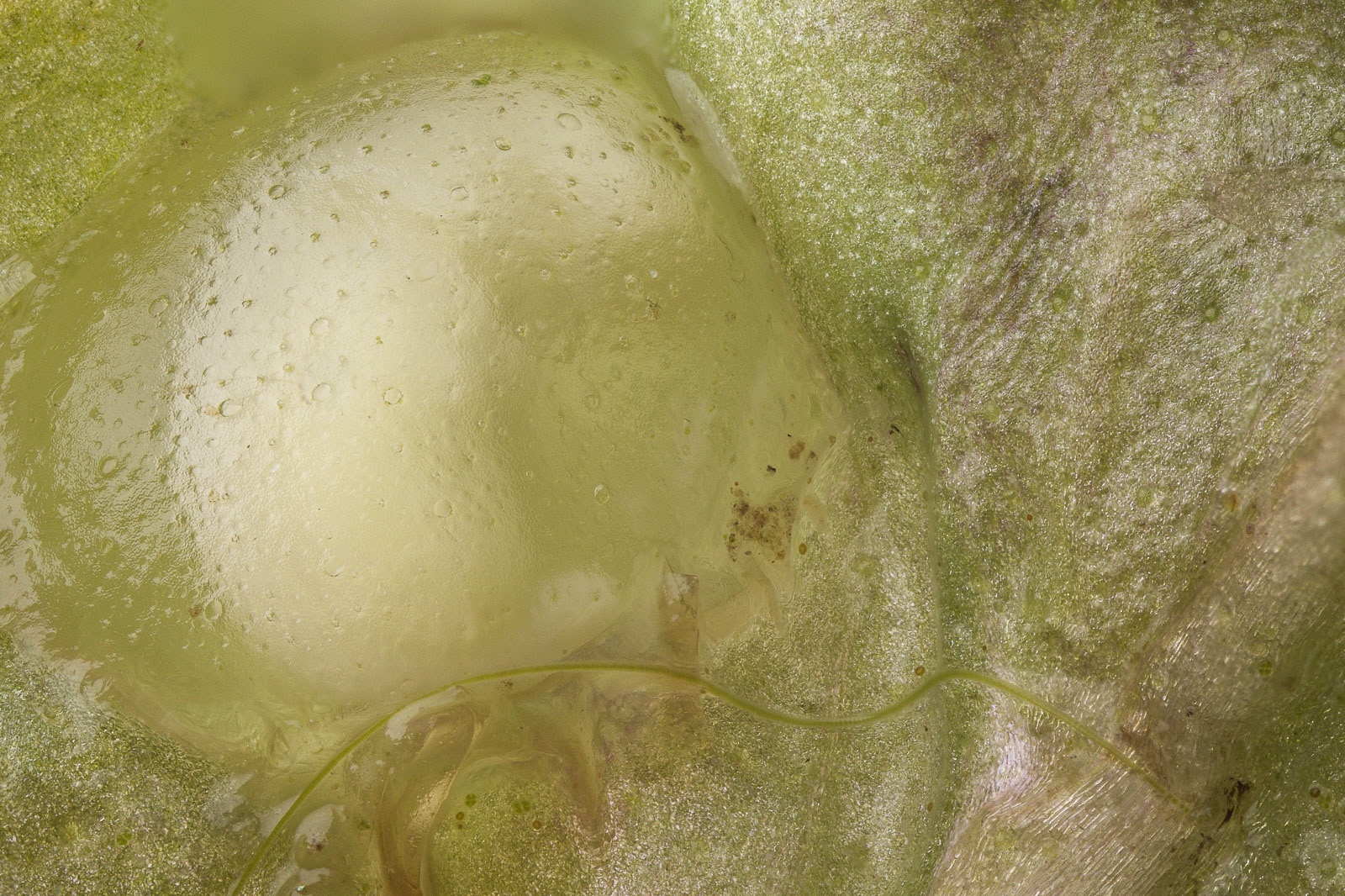 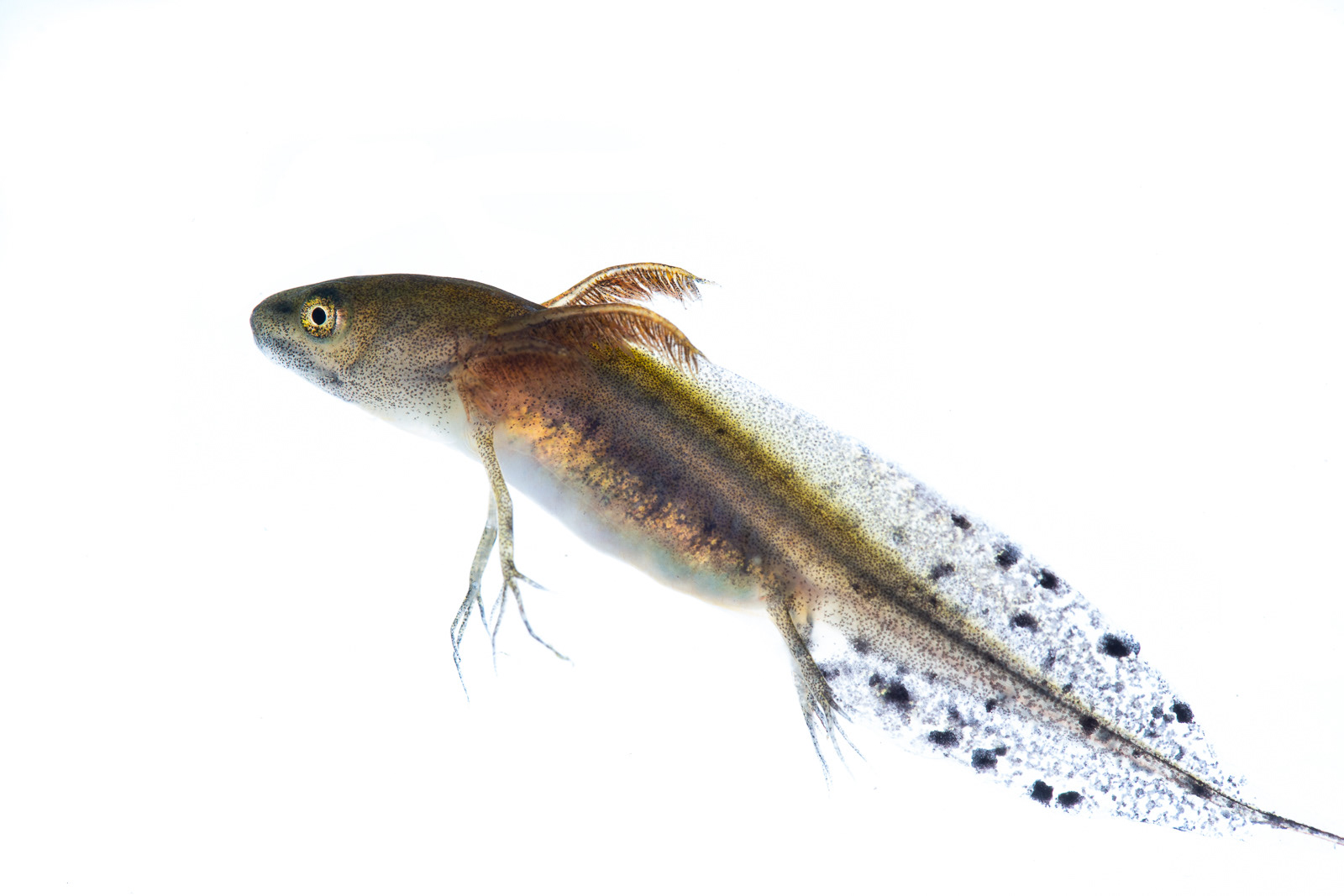 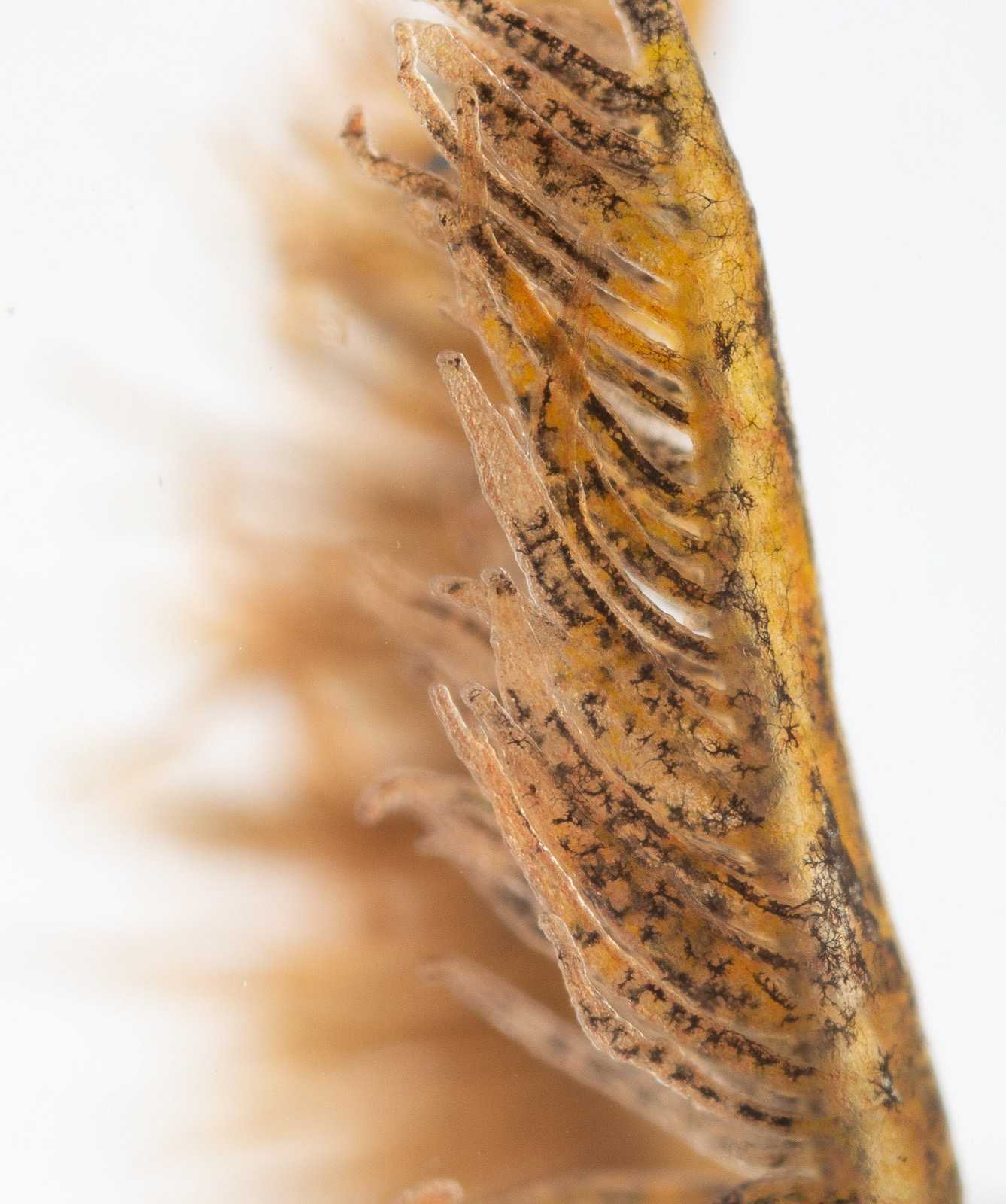